As the couple left the Airport terminal, taxi driver Zola Robert Tongo, was among the crowd. Thirty years old at the time he has just one conviction for driving without a taxi permit. (He would later strike a plea bargain with the South African police for a reduced sentence.)

According to his statement to police, Dewani approached  him to find out where he could find a taxi. Tongo’s taxi was cheap  Shrien said that he was impressed that he could speak perfect English and that the car seem secure. It took Tongo about 25 minutes to drive the couple to their hotel. CCTV footage show them arriving at the Cape Grace, A Waterfront Hotel, at 17h13.

While Anni went inside to check in, Tongo said that Shrien stayed back, and said that he wanted someone to be “taken off the scene”. Tongo said he does not associate himself with such things, but he could call somebody in a township that may know somebody. CCTV footage shows Shrien joins Anni checking in, before stepping outside to speak to Tongo again. The whole interaction last just under 9 minutes. Shrien maintains they simply discussed the couples tour plans for the next day.

But Tongo said that Dewani informed him that he was willing to pay an amount of R15 000 in dollars. He said the person to be killed was a woman and that she would be arriving later that evening. But if Anni was the target, why did Shrien not identify her immediately? Especially if he wanted her dead the very next night?

What this suggests is that he arrived in a foreign country, with no pre-planning, no understanding of how he may go about this, yet he asked the taxi driver who he has never met before, and appears to just randomly engage in a conspiracy to kill his wife.

Professor Jim Fraser, a Forensic Investigator who reviewed the case file for three months said: “This is not an investigation that would meet the standards of this country. There are many things that would fall a long way short of an effective investigation”

After leaving the honeymoon couple at the Waterfront hotel, Tongo the taxi driver head for the Collosseum Protea Hotel – a 20 minute drive to  Century City. On the way phone records show that Tongo rang the Colloseum at 17h42. CCTV with sound shows receptionist Monde Mbolombo answering the phone.


He would become the middle man.  The Link between Tongo and the men who shot Anni. Without him Anni’s killing would never have been able to happen.  Yet Mbolombo has been giving complete immunity from prosecution – if he tells the truth about his role. But as we will discover he is nothing but a liar.

While Tongo meets the middleman, Shrien leaves Anni in the hotel room and walks out to the V&A Waterfront. Over at the Collosseum  they go outside to discuss the R15 000 murder for hire. According to their testimony and the CCTV footage, in less than two and a half minutes, first time killers, Tongo and Mbolombo organise Anni’s killing. Monde said he knows a guy in the township and will contact him. Tongo brushes aside Mbolombo’s colleague when she asks what is going on and replies :

“You dont want to know”.

Is this really the start of a plot as they claim to have Annni killed? They are clearly up to something on the CCTV footage – but is it murder? Or are they planning a robbery of a rich unsuspecting tourist?  In the back office Mbolombo is seen retrieving a number from his phone – an old friend Qwabe, an unemployed 25 year old from the townships. (Like Tongo, Qwabe also later strike a deal to give evidence against Shrien Dewani, for a reduced sentence.) Monde wanted R5000 for organising Qwambe. He later denies this.

Smiling and laughing after the conversation he does not look at all like a man who has just orchestrated a murder for hire. He is still to this very day enjoying immunity from prosecution and remains a free man – but is expected to testify against Dewani.

Shrien Dewani returns to the Cape Grace at 18h13. He has been to a Foreign exchange changing 800 pounds into South African Rands, –  and he bought his bride a red rose. Anni was speaking to her parents on the phone on his return to the hotel. It was the last time they ever spoke.

Accross town the hijacker,  Qwabe gets a phonecall. Tongo asked him to kill somebody for money. When he received the call he was with his friend Xolile Mngeni.

Now disabled by a brain tumour, he is the only one who has never implicated Shrien Dewani and has rejected a plea bargain. At his trial Mgeni was found guilty of being Anni’s murderer.

The prosecution’s case is that in just two calls, one lasting 79 seconds, and the other 41 seconds, the taxi driver Tongo had hired Anni’s killers.

As the plot formed around them Anni and Shrien enjoyed a drink at the hotel bar, before enjoying a meal a short walk from the hotel at the Waterfront restaurant called  Sevruga.

Shrien left, according to what Anni told the waitress, to go make a business call. But new CCTV footage shows that Shrien has left his phone at the hotel, and merely went back to get it. He discovered a text message from Tongo, and then called the taxi driver, speaking for 5 mins.

There is no evidence that implicated Dewani directly in this crime. The most suggestive evidence however is the frequency and timing of the phonecalls between Tongo and Dewani. So what did they talk about? The couple’s tour itinerary or Anni’s murder?

Shrien has offered to be interviewed by South African police in the UK, but they declined.

The couple got back to the hotel after eleven. Anni and Shrien seem in good spirits.

Shrien Dewani did not gain financially from Anni’s death. But South African police believe there was a different motive – Shrien’s sexuality.

Next Page:  Is Dewani Gay?

2 thoughts on “The Honeymoon Murder”

The Sound of Justice. How does it sound?

Sun Sep 14 , 2014
DID BARRY ROUX SUCCEED? Definitely not. The judge was exceptionally polite and kind towards his chaotic case. She chose not to review the credibility of the witnesses he called, gently ignoring Dixon, and other whimsy. He and Oscar have been allowed to win with a “mention every defence possible” defence: […] 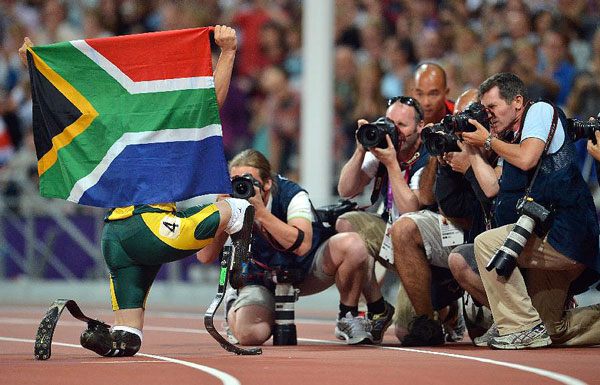 Join Us on Social Media

The Forgotten Crash on Devils Peak

Analysis of a Disaster Planning for the event had been going on for two and a half months, and because of the unsettled weather in the Cape at that time of year, senior officers had worked out five complex plans to put on the safest and best display possible. These […]

In the Shadow of the Noose